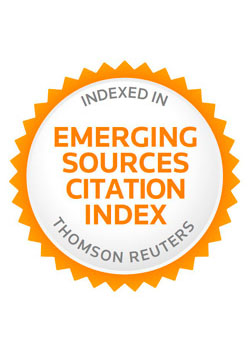 Origin of hydrocarbons in the Bach Ho field (The Vietnamese shelf)


This article presents the results of a geochemical study of oil on the Vietnam shelf (Cuu Long basin), including those in the crystalline basement. The Bach Ho field oils in the basement have a hydrocarbon distribution that is no different than oil of numerous accumulations in Oligocene and Miocene sedimentary sequences. Similar to the organic origin oils of the world, oils from the Bach Ho field lack regular isoprenanes С12 and С17 and cheilanthanes (tri-cyclic terpanes) С22 and С27. A distinctive feature of these oils is a large amount of cheilanthanes С19-С29, and large neo-adiantane to adiantane and hopanes to steranes ratios. All these parameters indicate a large bacterial contribution in the generation of these oils. Studies have shown the similarity between oil biomarker parameters and the organic matter of sedimentary rocks, which supports the organic nature of the oils in the basement fields on the Vietnam shelf. It is shown that the hydrocarbon accumulations in the basement complexes of the Cuu Long basin are in a secondary occurrence, and their origin was the organic matter of the sedimentary source rocks.

New classification model based on complication extents of structures


This article is devoted to the compilation of classification model according to the complication characteristics of anticlinal structures present at SCB. Besides the number of tectonic blocks, deposition depth of structure has also been taken into consideration when defining the complication extent of structures. Structures have been classified depending on the sea depth and complication map for the Azerbaijan sector of the Basin has been compiled for the very first time. This map can be utilized as a tool to justify the sequential exploration activities.

Updated stratigraphic correlations due to lithological composition at the M-II-4 horizon, Aksai field


The results of laboratory-based core analysis and log interpretation are presented in the paper to justify separation of various lithological reservoir types of the productive horizon M-II-4 within limits of the Aksai field. The geological section under study is composed of sandstones, gravelstones, conglomerates with carbonate-clayey cement with clay and sandstone interlayers. According to the results of the work, taking into account all geological and geophysical data, aleuritic-sandy, gravelite-conglomerate with carbonate cement and gravelite-conglomerate with carbonate-clay cement with layers of clays and sandstones types of reservoirs are identified. The results obtained were taken into account when reservoir characterization, recommendations were given for further areas of research work.


At drilling of offshore drilling rig chinks by hydromonitor chisels as a result of dynamic interaction of a stream of a liquid with rock in the conditions of a chink face there is its hydromonitor destruction. At the moment of  blow the liquid is compressed in the beginning and only then starts to spread. It is known that, in mining, the occurrence of hydromechanical pressure under the influence of high jet pressure, flowing from the bits of the bit, is inherently pulsating during drilling with the offshore drilling rig. Consequently, in the array where the mountain pressure acts, there is a sign-alternating stress, as a result of which the fatigue of the people.

Evaluation of the conditions of drill pipes failure during tripping operations


The experimental evaluation of the power criterion for the metal fracture of the reserve and the long operated drill pipes was carried out. The conditions under which, during tripping operations, the failure of explored drill pipes, containing  external or internal transverse annular cracks are possible. An interrelation between the depth of critical external or internal transverse annular cracks in drill pipes with the weight of the drilling string is considered, taking into account the influence of dynamic loads during tripping operations. It is shown that internal transverse annular cracks in lowering operating drilling strings at depths of more than 1400 m are more dangerous than external ones, while at depths up to 1400 m, external cross-sectional circular cracks are more dangerous.


A newly designed wellhead device has been developed in order to reduce filtration resistance and restore the reservoir-to-well connectivity for shock-wave impact on the bottomhole formation zone. The device can be used for enhanced recovery of crude oil by reservoir stimulation through the well while well completion and well repairs. In this paper, the problem of increasing the frequency of closing and opening the wellhead device is solved through a reliable design and a constant and continuous lower pressure compressed air supply, which allows it to be used to create pressure and rarefaction shock waves in the well. The use of the developed device allows to put into production low-permeability and isolated zones, improving connectivity and thereby facilitating filtration in the «reservoir-well» system, which boosts enhanced oil recovery and reduces oil cost.


The influence of small-size inclusion of pipes in a well column on the natural frequency of its longitudinal vibrations is investigated. Using the asymptotic expansion in a small parameter, an analytical relation is obtained that describes the change in the period of the column oscillations in the form of some additional small term to the period of the homogeneous column oscillations. Numerical calculations show that the obtained analytical relations almost accurately describe the oscillation period of a column with a massive compact inclusion, while its difference from the oscillation period of a homogeneous column is within ~20%. The results obtained can be useful for preventing resonant phenomena in the drill string when drilling wells, as well as for optimal use of the longitudinal vibrations of the tubing string to influence the bottom-hole zones of producing wells.


Studied modern scientific research and world practice of the use of carbon dioxide СО2 in order to intensify production and increase oil recovery. On its basis, taking into account the existing potential opportunities, the possibilities of using СО2 at most of the fields of Azerbaijan were studied, which were classified in terms of the use of СО2 technologies. Taking into account the presence of CO2 sources in Azerbaijan and its unique physicochemical features, great prospects for its application have been established in intensifying production and increasing oil recovery in the fields of Azerbaijan.


A pour point depressant additive has been developed to reduce the pour point of paraffinic oils. The depressant contains a (non-ionic) surfactant, a depressant component and a solvent. The depressor properties of the developed compositions have been studied. It has been established that while adding the compositions to the oil mixture, at a concentration of 0.02% wt. the pour point decreases from +31 oC to -3 - +7 оС, and at a concentration of 0.04% wt. up to -5- + 4 оС. Under the effect of the developed compositions the oil viscosity at + 35 оС decreases from 46.3 mPa·s to 22.1-27.7 mPa·s, and at + 40 °C - from 38.2 mPa·s to 16.6-21.6 mPa·s. Viscosity reduction performance at the indicated temperatures are 40.2-51.6% and 43.5-56.5%, respectively. Compositions 8, 14 and 17 exhibit higher depressor properties.

of Oil and Industry, Baku, Azerbaijan


The article discusses the modes of movement of gas-liquid flows in relation to the operating conditions of waterlogged gas wells at a late stage of field development. Algorithms have been developed for calculating gas well operation modes based on experimental work under conditions that reproduce the actual operating conditions of flooded wells of Cenomanian gas deposits. The concept of calculating the technological mode of operation of gas wells with a single-row elevator according to the critical velocity of the upward flow is considered based on the study of the equilibrium conditions of two oppositely directed forces: the gravity of water drops directed downward and the lifting force moving water drops with a gas flow directed upward. A calculation was made according to the method of the averaged physical parameters of formation water and natural gas in the conditions of flooded Cenomanian gas wells in Western Siberia. The results of a study of the dependence of the critical flow rate of Cenomanian wells on bottomhole pressure and diameter of elevator pipes are presented.


The increase in number of the mature fields is accompanied by an increase in the water cut of the produced fluids. One of the most common causes of this phenomenon is the process of water coning, that is, the breakthrough of the bottom water to the wellbore, in which water flows form a figure similar to a cone. The paper proposes a ranking mechanism based on machine learning methods that allow to significantly reduce the resource intensity of existing prediction models. In order to preserve the simplicity of presentation, the proposed mechanism is considered on the example of one technology - DWL. Obtained results show about 10% smaller deviation values when using the least squares support vector machine in comparison with the ANN. Both developed models demonstrated acceptable results for practical application.

Application of thermal methods in the Republic of Kazakhstan. Current projects and prospects


This article presents the results of assessment and prospectivity of high-viscosity oil reserves difficult to recover development technology application by means of thermal formation treatment based on analysis of Kenkiyak, Kumsai and Mortuk fields development.

TRANSPORTATION, STORAGE OF OIL AND GAS

A method of determining leaks transported liquid from the pipeline


The problem of detecting leaks of oil and petroleum products from the pipeline is considered. For the mathematical description of the problem we use one-dimensional mathematical model of unsteady flow of a viscous incompressible fluid in pipeline, which includes the equation of motion and equation of continuity of fluid flow. In this case, the liquid leak is represented as a point drain described by the Delta function, and the continuity equation is compiled taking into account the point drain. The pressure and volume flow of the liquid in the initial and final sections of the pipeline are considered set. Taking into account the features of point runoff,  the task is split into two tasks with matching conditions. Analytical solutions to the obtained problems are determined and explicit formulas are derived for determining the volume flow rate of the liquid for leakage and the coordinates of the leak location in the pipeline.

Keywords: Method of leak detection; Location of leaks in pipelines; The fluid flow in the leakage; Inverse problem.